In the annals of underestimates, the one made by Christopher Columbus perhaps ranks at the top. While the rest of Europe was preoccupied with efforts to encircle Africa en route to India, Columbus looked westward to achieve the same result. He had even correctly taken the shape of the earth into account.

However, he grossly underestimated Distance and failed to grasp the actual units used to calculate the Earth”s dimensions. Luckily for him, he found another continent blocking his way to Asia. If Columbus arrived at such an error using European estimates, how did Aryabhata compute the earth’s circumference so accurately (less than 0.3% error) nearly a thousand years ago?
Modern estimates suggest that Aryabhata’s computation was 39,968 km (24,835 miles), just off the currently accepted value of 40,074 km by an incredible 0.27%. All this may sound easy in theory, except when you realise that these remarkable calculations were made without an accurate timekeeping device (like a chronometer) or a standard unit of length (with the resolution in parts of a millimetre). This was one of his significant contributions.
Some clues are in the pics below….. 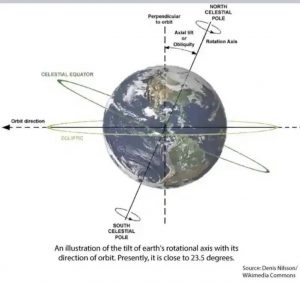 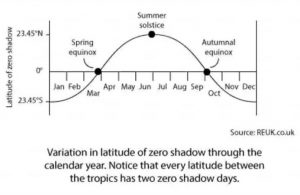 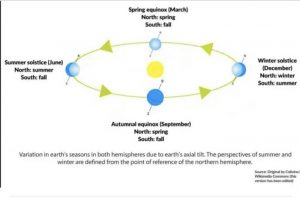 Aryabhata (आर्यभट) was the first of the significant mathematician-astronomers from the classical age of Indian mathematics and Indian astronomy. His works include the Āryabhaṭīya (which he wrote when he was 23) and the Arya-Siddhanta. Aryabhata called himself a native of Kusumapura or Pataliputra (present-day Patna, Bihar).

How do we know he was 23 years old? Well, Aryabhata mentions in the Aryabhatiya that he was 23 years old, 3,600 years into the Kali Yuga, but this does not mean that the text was composed at that time. This mentioned year corresponds to 499 CE and implies that he was born in 476.
His major work, Aryabhatiya, a compendium of mathematics and astronomy, was extensively referred to in the Indian mathematical literature and has survived to modern times. The mathematical part of the Aryabhatiya covers arithmetic, algebra, plane trigonometry, and spherical trigonometry. It also contains continued fractions, quadratic equations, sums-of-power series, and a table of sines.

His pure mathematics discusses the determination of square and cube roots, geometrical figures with their properties and mensuration, and arithmetic progression problems on the gnomon’s shadow, quadratic, and linear and indeterminate equations. Aryabhata’s sine table and his work on trigonometry were highly influential in the Islamic Golden Age; his works were translated into Arabic and influenced Al-Khwarizmi and Al-Zarqali.
In his spherical astronomy, he applied plane trigonometry to spherical geometry and gave calculations on solar and lunar eclipses. He discovered that the apparent westward motion of stars is due to the spherical Earth’s rotation about its axis. Aryabhata also noted that the luminosity of the Moon and other planets is due to reflected sunlight.
Aryabhata scientifically explained solar and lunar eclipses. He states that the Moon and planets shine by reflected sunlight. Instead of the prevailing cosmogony in which eclipses were caused by Rahu and Ketu (identified as the pseudo-planetary lunar nodes), he explains eclipses in terms of shadows cast by and falling on Earth. Thus, the lunar eclipse occurs when the Moon enters into the Earth’s shadow (verse gola.37). He discusses at length the size and extent of the Earth’s shadow (verses gola.38–48) and then provides the computation and the size of the eclipsed part during an eclipse. Later Indian astronomers improved on the calculations, but Aryabhata’s methods provided the core. His computational paradigm was so accurate that 18th-century scientist Guillaume Le Gentil, during a visit to Pondicherry, India, found the Indian computations of the duration of the lunar eclipse of 30 August 1765 to be short by 41 seconds. In contrast, his charts (by Tobias Mayer, 1752) were long by 68 seconds.
Aryabhata correctly insisted that the earth rotates about its axis daily and that the apparent movement of the stars is a relative motion caused by the earth’s rotation, contrary to the then-prevailing view that the sky rotated.
Considering modern English units of time, Aryabhata calculated the sidereal rotation (the earth’s rotation referencing the fixed stars) as 23 hours, 56 minutes, and 4.1 seconds; the modern value is 23:56:4.091. Similarly, his value for the length of the sidereal year at 365 days, 6 hours, 12 minutes, and 30 seconds (365.25858 days) is an error of 3 minutes and 20 seconds over the length of a year (365.25636 days).
Approximation of π

Aryabhata worked on the approximation for pi (π) and may have concluded that π is irrational. In the second part of the Aryabhatiyam (gaṇitapāda 10), he writes:

It is speculated that Aryabhata used the word āsanna (approaching) to mean that this is an approximation and the value is incommensurable (or irrational). If this is true, it is quite a sophisticated insight because the irrationality of pi (π) was proved in Europe only in 1761 by Lambert.
What a Powerhouse of Knowledge !!!!!!
@ Yeshwant Marathe
yeshwant.marathe@gmail.com

I am fascinated after reading about Aryabhata. His calculations about pi, the circumference of the earth, the time it takes for one rotation of the earth about itself and the time it takes to go round the sun, his predictions about eclipses are remarkable.
It is a pity that these facts escaped Indian society for a long time and were once again discovered through European search of the same facts.
Thank you for sharing.

Surely there is a lot more information on Aryabhata, but you have gleaned the most important information and presented it very nicely

I am always impressed by the research you put in for the articles written. But this one has reached a different level altogether. The greatness of Sage Aryabhatta is put before the reader in a “matter of fact” way with apt illustrations. Great job 👏🏻