Did Krishna always adhere to the principles of Dharma? or did he tweak them to suit his ultimate goal of establishing the rule of Dharma over Adharma? But then what does Dharma means to Krishna? In the last article, we tried to understand what the Dharma meant during the times of Krishna. It was generally taken as the way of behaving and code of conduct. But Krishna never talks about Dharma but always insists on Dharmashastra (धर्मशास्त्र) and which is Duty. Even in Gita, he keeps harping on Dharmashastra. Now, the duties for different people (king, father, mother, common person) can not be the same. It will also differ at different times. 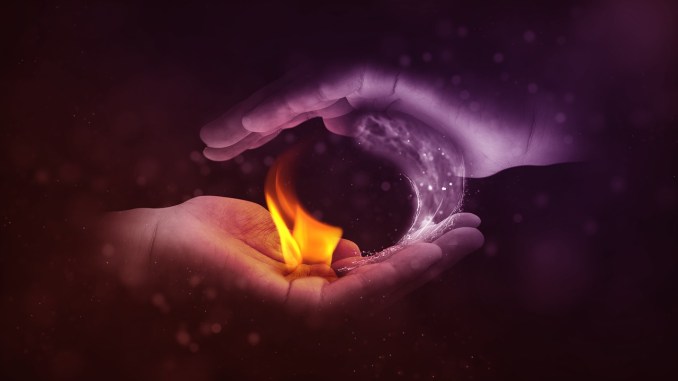 Let us look at the times of Ram and Krishna… 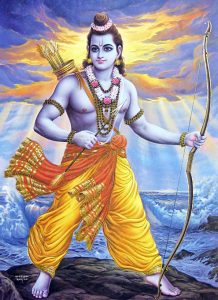 During the time of Ram, there was no described law, and the principal duty of Ram was to establish order and civilization in the society. Hence he had to play by the book and set an example, even if it meant behaving cruelly – like sending Sita to the forest when she was pregnant. He knew it was wrong, as a husband or even as a man. He lived with that pain every moment of his life after that. But he still does it because if he does not set an example, who else will? If, as a king, he doesn’t establish the law, there will be anarchy in the society. Hence, it was hugely admirable that he was willing to make severe personal sacrifices for being an ideal administrator or king because he wanted people to emulate him. Since the law was ambiguous then, he was trying to put an order to conduct your life.

However, during the times of Krishna, civilization was established. There were well-established kingdoms and clear-cut rules for life, business, and even warfare. But few people like Jarasandh, Duryodhan were twisting the law and behaving the way they wished. When an established law is broken by choice, it becomes a crime (which is true even today). Hence Krishna had to find ways to deal with such people. Duryodhan exactly knew what the law was but intentionally subverted it. Such people had to be dealt with differently, not always by the rule book but sometimes by wit or even cunningness.
Hence those were two different contexts, two different times, but we must say that both acted in a relevant way for their times.
Should I play by the rule book or by my consciousness is the dilemma we face all the time. However, that entirely depends on what kind of situation and roles we have to play.
In every age, in the lives of many great men, such events have happened which can be simultaneously criticized and praised. These great men may have faced such dilemmas that no matter whichever option they chose, people will have still criticize them; hence these people are always caught between the Devil and the Deep Blue Sea. But during such times, great men have always taken a stance on the welfare of society and humanity instead of thinking about the social controversy it may result in. They do not care about the criticism they would surely attract by doing this.

First Story:
A lady governed the administration of a town. She was also responsible for its defense. The town’s security was threatened, and the victorious leader sent a message to that woman: ‘If you want to save the city from destruction, then come to my home to meet me at night.’ This caused great distress to that lady as she faced a dilemma. If she accepted the invitation and met him, the town would be saved from destruction. But because of this, the people would have assassinated her character. People would say: ‘The Lord would have saved the town. What was the need for her to get her dignity compromised for that?’ And, on the other hand, if she did not go to his house, people would say: ‘How selfish she is! The entire town had to sacrifice due to the stubbornness of a lady to maintain her own pride’.

A similar incident took place in the life of Lady Godiva, the wife of Earl Leofric. The Earl was cruel, and his tyranny oppressed the people. Hence they were suffering from his behavior. The Earl’s wife was a kind-hearted, pious and compassionate lady. She revered her husband greatly, but at the same time, she could not dispassionately see the sufferings of the people. When she pleaded with the Earl to stop troubling the people, the mean Earl told her: ‘If you feel so much sympathy for the people, go and roam the town absolutely naked. If you meet my demand, then I will spare the people from my tyranny.’ What a huge dilemma!! She was caught between devotion to her husband on the one hand and the suffering of thousands on the other. Now, if she roamed naked, people would have said: ‘Destiny would decide the town’s fate. She should have protected her modesty.’ And if she did not comply, people would still have said: ‘She let the people continue to suffer for safeguarding her own dignity.’  There was death by drowning on one side and death by falling on the other.

But in such dilemmatic situations, one who is noble-hearted and wishes to serve humanity does not harbor thoughts such as ‘what stories would people spread or told about me’ and instead think about what is good for the welfare of the society and take a stand for the betterment of humanity.

However, there are very, very few people who can discharge their duties like Krishna. Because when we talk of duty, there are numerous situations or events when people get so consumed by their sense of duty that they lose the perspective of right and wrong. Let us look at two examples.
Kumbhakarna was brother of Raavan. When Ram attacked Lanka to free his abducted wife, Kumbhakarna was awakened from his deep slumber during the course of the war. When he learned what had transpired, he admonished Raavan in powerful words, but still agreed to fulfill his duties of being the brother (भार्तुधर्म). He told Raavan that, I am aware that I will meet my death in this war, but still I will do it for you.
Now, look at the Bhishma. He had vowed to protect the King and be in the service to the throne of Hastinapur. Since Duryodhan was the heir to the throne, he was the future king. Hence Bhishma took upon himself to be in the service of him as his duty. During the disrobing of Draupadi, Bhishma was the only person who had the authority and stature to avoid the unfortunate incident, but he chose to remain a silent spectator. In fact, this is the incident that sowed the seeds of the Mahabharat War.
However, Krishna never allowed himself to be caught in such a dilemma. He behaved with everyone around him with a sense of duty, his enemies, friends, family, and even women. A lot has been written about Krishna and his relationship with women. However, before entering this subject, let us first understand the status of women during that time.
In days gone by, a woman was considered property, a productive entity, and she had to ‘beget sons’ from whom her husband told her to. Later on, this compulsion ceased, but at the same time, the tendency to pardon a woman if she inadvertently commits a mistake before or after marriage also disappeared totally. If a woman was raped, the Kshatriyas did not abandon her. However, the Hindu community in later times became so adamant and narrow-minded in matters of purity – especially only the purity of women – that neither was it able to protect its women nor accept them back into the community. Unfortunately, this horrendous tendency continues till today.

In the Aadiparva Chapter 122, Shwetketu has laid down rules for marriage. “The woman who commits adultery with men other than her husband will incur the sin of foeticide.” He has laid down this restriction, but at the same time, he also made the rule that “The man who has illicit relations with women other than his wife will also be incurring the same sin.” But the irony is that the Hindu community has completely or conveniently forgotten this second rule. Men behave as if they do not know that man is equally culpable for adultery as the woman is.

The custom of niyog (a custom in which a woman was allowed to bear a child from any man other than her husband) existed in ancient times, but it ceased due to the high notions of women’s chastity.

A Hindu man considers himself as if he is the incarnation of Lord Ram. No matter how promiscuous or ill-behaved he is, he does not accept with honor a woman who has been defiled by rape, even if she is his mother or wife or sister or daughter. He considers it as a matter of piety and holiness to callously forsake such a woman. Dharmashastra, the Hindu Code of Religious Conduct, has laid down clear rules that women who have gone through such a disaster should be considered as pure during consequent menstruation or after childbirth if it, unfortunately, results in pregnancy. But alas, it is society’s misfortune that no one takes it seriously.

After the death of Pandu, Kunti begins her endless saga of hardships. The rest of her life is about duty, sacrifice, and responsibility. But there is no drama. No self-pity. Her sacrifices are not grand. She did not make herself the center of her children. Many parents succumb to this insecurity. The greatest gift a mother can give to her children is not making herself the center of their life.

Whom should one pity? Whom should one detest? The existence of multiple wives due to polygamy was the fate of women of those times. There was the miserable struggle for gaining seniority among the many wives of the man. The competition for superiority between Kaushalya and Kaikeyi (wives of King Dashrath), Draupadi, and Subhadra (wives of Arjun), and several queens of Chhatrapati Shivaji Maharaj and their offspring (many centuries thereafter) are glaring examples! Their place in society depended on their husbands and sons. Therefore, they vied to be either the first wife or the most favorite wife of the husband and claim their sons’ wealth and throne. Such was the fate of women! No feeling of camaraderie for each other is seen anywhere in this.

We, the human beings of this age, brag about respecting women. But while introspecting in solitude, every man should ask his own mind and assess whether these principles are proclaimed for any and every woman? Isn’t it true that nowadays, normally every man and woman, with a few exceptions, look at each other with attraction or lust-filled in their eyes?

I want to take up the topic of man & woman and their relationship before taking up Krishna and Radha, his Raas Lila, and his Wives to see how he performed his duties.
@ Yeshwant Marathe
yeshwant.marathe@gmail.com