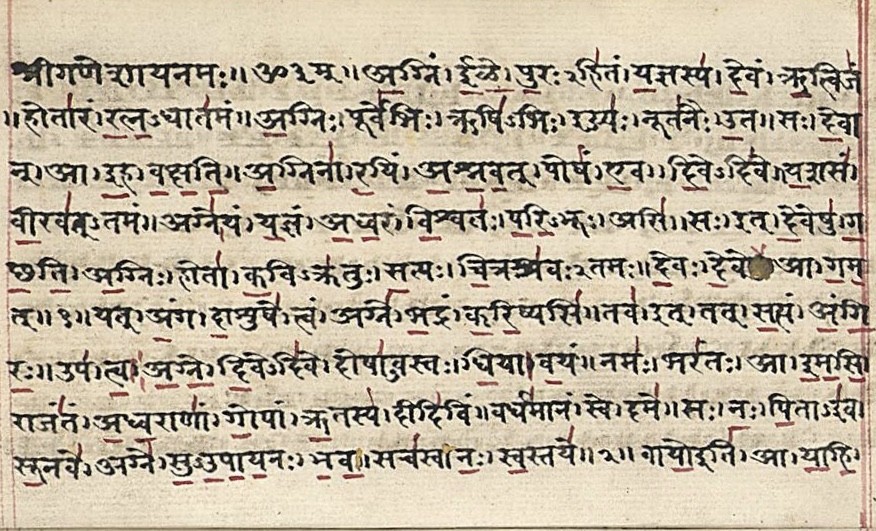 How the hell Afghanistan can ever have any sort of connection with the oldest known & most sacred book of Hinduism?

Let me narrate you a small story:-

Around late 1980’s, a cultural delegation visited Afghanistan and wanted to meet the then President, Mohammad Najibullah. His office gave only half hour to meet him. When the delegation actually met him, the meeting nearly lasted for more than two hours. The President started talking about Saptasindhu region, Rugved and authoritatively told the delegation that the Yusufzai Pathan’s composed the Rugved. The name Yusufzai literally means “descendants of Yusuf” which is God in Pashto language.

The few members of the delegation were themselves unaware about this part of the history and were extremely surprised that the president was aware about something which had occurred many thousand years ago.

Now if the members of the cultural delegation were unaware of this history, the common Indians would be totally oblivious of this aspect. It is to be noted that the Philological and linguistic evidence indicates that the bulk of the Rugved Samhita was composed in the Northwestern region of Punjab (now shared by Afghanistan and Pakistan), most likely between 1500 and 1200 BC. The region is also known as land of Sapta Sindhu (सप्तसिंधू). The seven sacred rivers in Indian mythology, often referred to in Rugved, comprised of river Saraswati, Indus (Sindhu) and five tributaries of Indus viz. Shatadru (Sutlej), Parusni (Raavi), Asikni (Chenab), Vitasta (Jhelum) and Vipas (Beas).

This goes to prove that religion and culture for this entire region was same for many centuries and got drifted apart with the passage of time.

According to one theory, d name Yusufzai means sons of Joseph. In fact many clans of Pathan are considered to be lost tribes of Israel when Jews were forced to migrate after they were defeated by Assyrians. During d time of Great emperor Kanisha, they were Buddhist. Before that they were Hindus. According to Indologist, Dr Sucheta Paranjape , there is reference of Kabul river (कुंभी) in Rigveda. The area made famous by Ahmad shah Masood is called पंचशीर(a Sanskrut word)valley If theory of migration of Aryans is true, Aryans must have started their journey fm Artic circle and must have came to India only through Afganistan. The art of writing flourishes only when one is at peace with nature. The Aryans first found favourable climate conditions probably in southern part of Afganistan bordering Pakistan. The mountain range between Khaiber Pakthunwa and Afganistan is still known as Hindukush.
In conclusion Vedas may hv some connection with Afganistan.

Some of the Aryan tribes mentioned in Rigveda is from Afganistan. Alina ( Rigved – 7.18.7) is from north east of Nurestan (eastern province of Afganistan . The other tribe we all know cos of Mahabharata is Gandhari tribe ( Rigveda 1.120.1,1.126.7) was living near river Kubha or kumbhi (Kabul river)