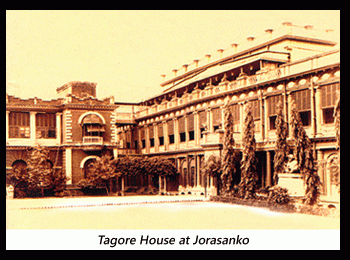 What an odd name!! The synonym for Bichitra is strange, and it means Vichitra in Marathi.
But, founded in 1915,  ‘the Bichitra Studio for Artists of the Neo-Bengal School‘ was named Bichitra, which means variety, as it was “indicative of the reluctance to confine to the narrowness of a single style (a reference to the plurality of styles and artistic and intellectual visions of its members). It was meant to develop into a cultural institution, and sincere efforts were made to fulfil that vision.
Who founded such a unique institution?
It is noticed that aristocratic families in India generally do two things – either keep adding to their wealth for the sake of it, or they squander it on alcohol and luxuries. Hence I consider the Tagore’s a unique family as their family members became artists and writers and were all polymaths. They spent their vast estate to fuel their passions and support other artists through different initiatives.
Dwarakanath, the grandfather of Ravindranath Tagore, was involved in multifarious activities ranging from being an agent of Mackintosh & Co. to being a sheristadar, collector and diwan in the 24 Parganas collectorate. However, it was his business prowess that brought him both wealth and fame. In partnership with William Carr, he established Carr, Tagore and Company, the first equal partnership between European and Indian businessmen and the initiator of the managing agency system in India.
Rabindranath Tagore (1861–1941) was Debendranath’s son. He was the first Asian to win a Nobel Prize, exceptionally talented, and the most famous in the family. Rabindranath is best remembered in history for writing what became the national anthems of the nations of India and Bangladesh.
Rabindranath Tagore’s son, Rathindranath (1888-1961), was a multi-talented person. Besides being an agriculturist educated in the US, a talented architect, designer, master carpenter, painter and writer, he was also the first ‘upacharya’ of Visva-Bharati University.
Rathindranath Tagore’s wife, Pratima Devi (1893-1969), was an artist associated with Shilpa Sadan and Visva Bharati and also associated with dances and dance drama. The few other famous personalities with lineage to this unique family are Sharmila Tagore, a well-known actress and Pranati Tagore, a renowned and eminent elocutionist, newsreader and Bengali actor.

The environment at Jorasanko (family house of the Tagore clan) was filled with literature, music, painting, and theatre. They had their own education system. In the earlier days, the women did not go to school but were all educated at home. The environment in the family played a significant role in the development of its members. Even Rabindranath Tagore, who went to win the Nobel Prize in literature, had very little formal education.

The three Tagore brothers, Abnindranath, Gaganendranath and Samarendranath (nephews of Rabindranath), transformed the south veranda of their Jarasanko residence into a meeting ground and frequently hosted art salons. They founded the Bichtra Club to bind together attempts to explore different and new art styles. Rabindranath inaugurated the meeting of the Bichitra Club on 12th July, and he wrote in the minutes of the inaugural session.

“After some time, I thought that every attempt would be of no value if an organisation did not bind them up. The result came out of it was Bichitra Club.”

Other notable members included Mukul Chandra Dey, Surendranath Kar and Nandalal Bose. Rabindranath initially described it as a model school, mostly members of the Tagore family as students, including Pratima Devi and Sunayani Devi. The school offered basic classes in drawing and music and eventually introduced industrial courses in subjects like carpentry, music, painting and printmaking.
The Bichitra Club’s activities varied daily, starting with drawing classes in the morning and transforming into a library in the evening. The library hosted an extensive collection of more than 7000 books borrowed mainly from the rare and valuable collection of the different members of the Tagore family. Along with presenting drama and cultural programs occasionally, the club also converted into an assembly of artists and writers to discuss and practice social activities weekly. Another essential function was encouraging the members to collect handicrafts such as needlework, earthen work, and materials made of bamboo or cane from different villages. Drawing inspiration from these materials, Abanindranath compiled them and published them in his book, “Banglar Brata”, along with rhymes and sacred stories.
Abanindranath was the first teacher, and Gaganendranath was the director of the Bichitra Club. The club served as an essential social, intellectual and artistic hub of cultural life in Calcutta. Gaganendranath attempted to abandon the ideological revivalism embraced by the Bengal School of Art and took up caricature to satirise the westernised middle class of urban Bengal. The printmaking techniques explored at the club marked the advent of the journey of woodcuts and lithographs to being considered original and creative art mediums. 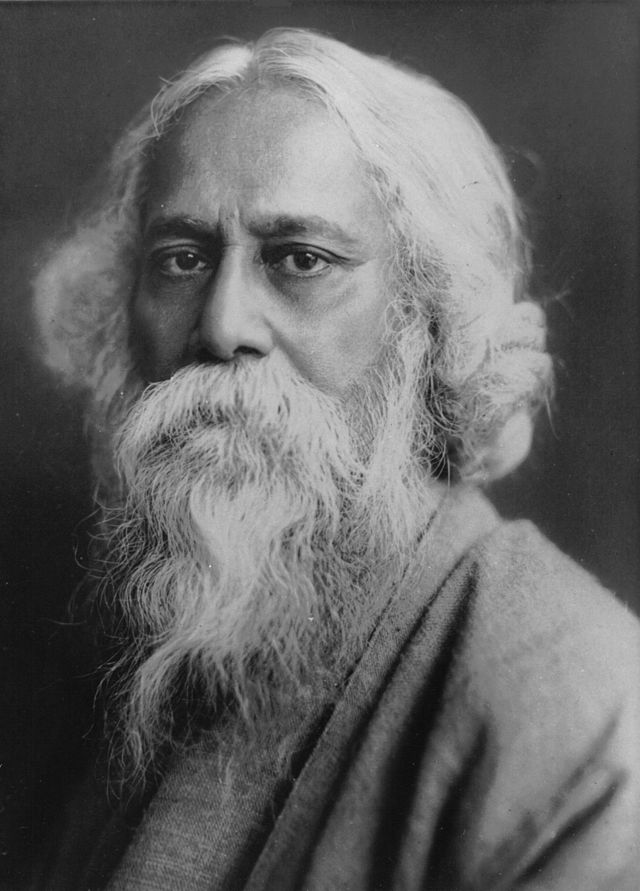 Rabindranath was essentially the soul of this club; thus, when he travelled abroad in 1916, the activities came to a standstill. Disappointed at this, Rabindranath sent a Japanese artist, Kampa Arai, to the Bichitra Club, which helped accelerate the interest of the members as well as the position of the club. By teaching the Japanese method of painting, Kampa Arai offered the artists new and different avenues of painting to explore. 1917-18 is considered Bichitra’s golden year, given the introduction of new techniques and collaborations. As the club meetings gradually increased, the discussions and readings on art and literature intensified with active interaction. The members became more inclined towards the cultural activities held at the club, and they were encouraged to fulfil their creative expression through painting, theatre, and music.
It is speculated that the initiative taken by Rabindranath to convert Shantiniketan into “Viswabharati” or a world-class university, led to the transfer of the program of Bichitra to Viswabharati as well. Hence the interest and activity in the club dwindled by the mid-1920s, and it was eventually dissolved, although the exact year of its conclusion remains unknown.
@ Yeshwant Marathe
yeshwant.marathe@gmail.com
Thanks, Om Marathe for his initiative.

Excellent information. Bichitra club was /is unknown in western India. Thanks for mining the information and sharing it with the readers.