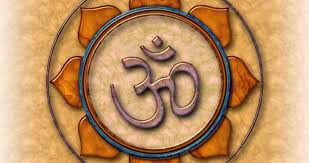 There is always a debate as to why the year of birth is never mentioned even though the time of birth and day is given while giving information about the birth of two incarnations, Ram and Krishna; It is felt if that had been provided, many disputes arising today could have been avoided.

The answer to this question could be given in two completely different ways:-

But those who have known that life recurs, again and again, that one is born and then dies countless numbers of times, that the chain of arrivals and departures is almost endless, see no point in writing its history. It is impossible to write about an event that extends from eternity to eternity. It is for this reason; history was never written in this part of the world. It was a very deliberate omission, an omission that came with our understanding of reality. It is not that we could not write history or that we did not possess a calendar. The oldest calendar of the world was produced here. So it is obvious we refrained from writing history knowingly.

Every effort has been made to suppress the chronological account of Krishna and persons like him. Nobody knows who wrote the Upanishads and who wrote the Vedas; their authors are all anonymous. Krishna also never wrote anything. Whatever passed for his utterances was all recorded by those who heard him. Why? Their anonymity says it is God who is speaking through them, so they need not be mentioned. And as far as the soul is concerned, dates and years are not significant.

Time is a concept of the mind. When someone asks Einstein to explain his theory of relativity, he is reported to have said; that if any person is made to sit by the side of a burning stove, time will pass for him differently than if he were sitting by the side of his beloved. Our pleasure and pain determine the measure of time. A river never moves on a ready-made path; it always creates its path to the ocean. Life, too, does not follow a ready-made path; it cannot. Life is like a river, not like a railroad.

We have always read that Krishna fought for the upliftment of Dharma. What Dharma is the scriptures talking about? Does that mean Hindu, Muslim, or Christian? We must remember that when Krishna happened, these religions did not exist.

Jains and Buddhists tried desperately to prove that their respective religions were very ancient. They tried to make the vox populi favorable to them by showing that the individual who gained the most respect in the masses belonged to their religion. For example, the Jains say that the first king Rishabh mentioned in the Vedas was their first Tirthankar (Jain spiritual guru). Similarly, the Buddhists said that Ram was an earlier incarnation of Buddha. However, they express tremendous hatred for Krishna. As mentioned in one of the Jain Scriptures, the Yadavas embraced Jainism on the preaching of Arishtemi, but Krishna did not convert. It is further said that Arishtnemi told Krishna, “After spending many ages in hell, you will take human form, and then you will be enlightened by Jainism, and thus you will attain salvation.” This shows how Jainism was spreading disrespect for Krishna. Unfortunately, they never understood Krishna.

Dharma is the way of behaving and a code of conduct. It also lays down Guidelines, Ethics, Deeds, and Duties for the societies to coexist with harmony & understanding. Our religious texts were created with these principles in mind. Dharma is the will to shape oneself, men and situations, by rising above the weaknesses. Dharma is to weld the vision, the will, and the deed, but each one has to strive in his own way. The Sanskrit word dharma means self-nature, one’s innate nature, one’s essential nature, and it is in this sense, Krishna divides it into the primal nature of the self-nature and alien nature, the character other than one’s own. The Sanskrit text of his saying is, Swadharme nidhanam shreyah, pardharmo bhayawaha (स्वधर्मे निधमम श्रेयः, परधर्मो भयावह).

We live with a goal in life, with a purpose, a motive. Even if we love someone, we do so with a purpose; we give our love with a string attached. We always want something in return. Even our love is not purposeless, unconditional, uncontaminated. We never do a thing without motive, just for the love of it. And remember, unless we begin to do something without a cause, without reason, without a justification, we cannot be religious. The day something in our life happens causelessly, or when our action has no motive or condition attached to it or when we do something just for the love and joy of doing it, only then we will know what Dharma is, what Krishna is.

Dharma means one’s individuality. Indians had four broad divisions or categories based on individualism, and they are popularly known as varna. Actually, they are nothing but broad categorizations of human beings based on their individualities. These categories are not specific and exclusive. Not that two brahmins or intellectuals are the same; they are not. Not even two Kshatriyas or warriors are the same. But there is certainly a similarity between those known as Kshatriyas. The categorizations were made after the in-depth study of man’s nature. The responsibility should lie with those ignorant people who imposed their wrong interpretations of varna on society.

The whole of the Gita is an effort to remind you who you are. Krishna does not deliver the Gita to persuade Arjuna to fight. No, he recites it only to reveal to him his true nature, the nature of a warrior.

Krishna does not create Arjuna; he only uncovers him, only reveals his self-nature. He makes him see what he is. Krishna’s chisel cuts away his personality’s unnecessary and ugly parts and restores him to his pristine being and beauty. The entire Gita is just a process of uncovering. It reveals the pristine possibilities of Arjuna.

I am reminded of the story of a famous sculptor. He is busy carving a statue from a rock when a visitor comes to watch him sculpting. The artist is working with a chisel and hammer in his hand. As he cuts away chips of stone with expert skill, a statue begins to manifest itself. And then a figure of superb beauty appears before the visitor’s eyes. The visitor is enchanted, and he tells the sculptor, “Congratulations, you are a marvelous artist. I have never seen another sculptor creating such an exquisitely beautiful piece.”

The artist cuts in, “You misunderstand me. I don’t create a statue; I only help manifest it. A little while ago, passing by on the street, I saw a statue hidden in this rock by the wayside. I brought the rock home and, with my chisel and hammer, removed the unnecessary chips from it, and the unmanifest became manifest. I did not create it; I just uncovered it.” 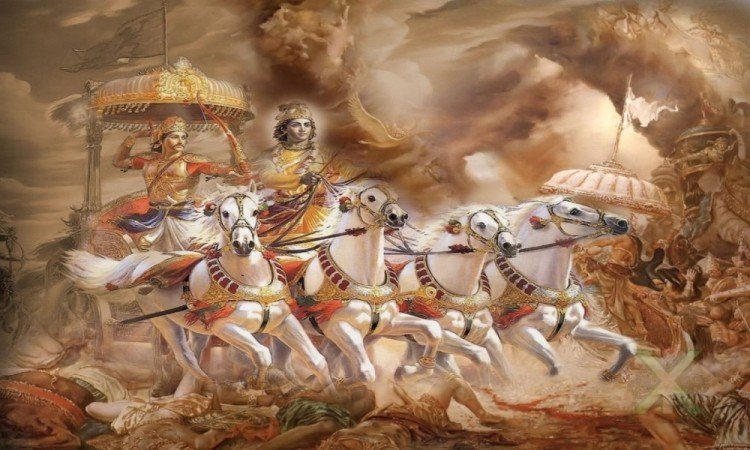 Krishna leads Arjuna’s chariot of consciousness through the maze of war to victory through Dharma (for righteousness) alone. In the end, it is always the moral force, the spiritual strength that wins and brings peace to the world. Thus one of Krishna’s names is also ‘DHARMADHYAKSHA,’ (धर्मध्यक्ष) the Lord of Dharma.

This is where the real dilemma starts… Did Krishna always adhere to the principles of Dharma? or did he tweak them to suit his ultimate goal of establishing the rule of Dharma over Adharma?