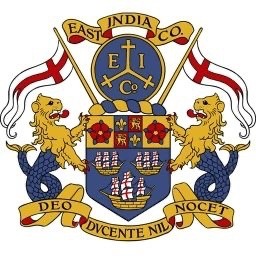 When anybody utters East India Company, the first thing which comes to our mind is that they ruled India for more than 150 years. MP Shashi Tharoor keeps talking about how the Britishers plundered the wealth from India. I am not saying that it is incorrect. It is 100% true. However I feel that they assumed that it was their right to amass the wealth as rulers. I think anyone in their position would have done the same thing.

However there are many areas of public life that Britishers made a huge impact on the lives of the people. We always talk about post & telegram, railway etc. but in my opinion their biggest contribution was in law and order. Of course they were unjust against any uprising towards their rule, which was again natural in my opinion.

Sometimes we really wonder how such a large population never revolted against the foreign occupation? It was primarily because people were fed up of the misrule of the then dynasties. And secondly people were contented in their comfort zone, may be a small Pada or a Village and it didn’t matter to them who was ruling their kingdom. The concept of India as an entity was nonexistent for them. Hence it didn’t matter whether some king was ruling or British were ruling.

But there were individual officers of the East India Company who left an indelible mark on this country. The British were always very methodical, system driven and most importantly documenting everything. This aspect has been totally missing in our country, since even Ramayan or Mahabharat. There is hardly any documentation which limits the study of history of Indian Civilisation. The British changed all that whether it was in the field of Archaeology, Indology, Polymath, Manuscripts etc etc.

Hence I thought of tracing down few such officers who tirelessly worked in their respective fields and have changed the way we knew our country. We must be indebted to them for their contribution which touches our lives even today. I would be doing a series on these individuals. It is impossible to trace each one of them so I would be picking just a few from different fields. I sincerely hope you would like to know them.

The first article in this series, which will be posted next week, is not about an officer of East India Company but in fact it is about… (please have some patience)

Please read , if you have not,Sanjeev Sanyal’s book on the topic you intend to take up.
Also How Churchill Allowed the great famine of Begal to get out of control so hungry Indian youth join the army for food to eat , pre Second World War, it is sad.
If possible I’ll send you an anthem of Asam Rifles, “Badluram ka badan jamin ke niche hai , hame uska ration milta hai”

There have been grave injustice, no doubt, but I am talking about specific individuals and not the British Empire.