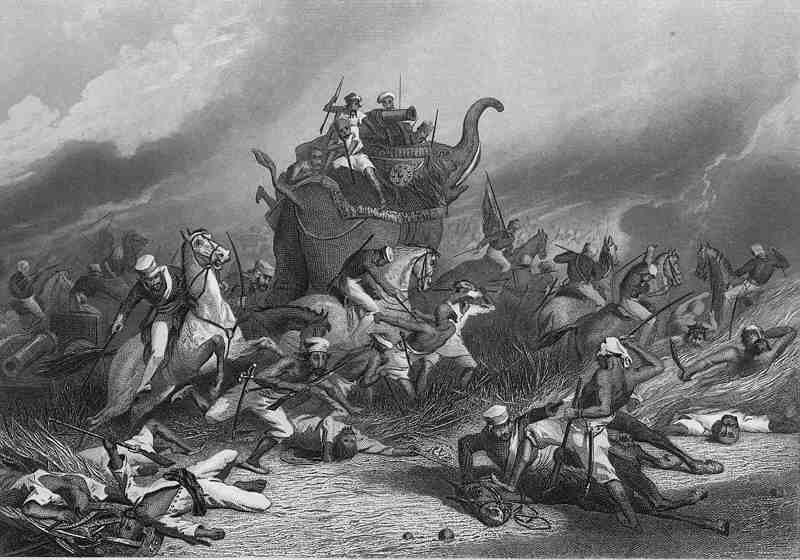 Until 1000 CE, India’s economy was estimated to be largest in the world, having around 25-30% wealth. This attracted invaders like Saka (शक) and Huns but they quickly assimilated into the culture here and hence they were not seen as plunderers. These 1000 years were also responsible for Indian kingdoms neglecting to strengthen their defence against such invasions. It never occurred to them as a possibility and they were simply unprepared for the imminent onslaught.

The Muslim invaders from Afghanistan, Turkmenistan and Uzbekistan were never the same. When they invaded, Hindus were naturally the first target but Muslims also suffered at their hands. These Foreign Muslims ruled in India for nearly 650 years. Since they were all Muslims, a common phrase came into being as Muslims plunderers.

Here I would like to clarify that, in this article or even in future articles, if I mention about atrocities of Muslims in India, it has nothing to do with Indian Muslims.

When British or Portuguese ruled in India, no one said that it was a Christian Empire. Similarly, the muslim rulers were foreign invaders. Unfortunately such a distinction was never made. This culminated in a narrative in Pakistan that Muslims were ruling India and British made a grave mistake by handing it over to Hindus. And hence their aim should be to undo this injustice.

In reality, the Muslims in India were all Hindus before advent of Islam.

Panini was considered to be one of the greatest Sanskrit philologist, grammarian and revered scholar in ancient India. He is also hailed as the Father of Linguistics. He is dated around 6th century BC and he came from current day Peshawar. It is ironical that when Pakistan published a book of grammar, it was dedicated to Panini, as being the greatest grammarian of Pakistan.

I believe the Hindu and Muslim divide today has unfortunately become a completely irreversible phenomenon and both the religions have to learn to co-exist. The future course of history will depend on the responses from both sides. We can only hope for the best.

You want to be politically correct by saying that atrocities did not involve ‘Indian’ Muslims. This is a bad joke. Many of the worst atrocities were perpetrated by Neo converts to Islam from Hinduism! At least we have to face facts…. unlike the ‘progressive’ historians of the Romila Thapar- Irfan Habib ilk!

I want the Indian Muslims to stop identifying themselves with these foreigners. That is the purpose of this article. There is no question of soft peddling or being politically correct. I am aware that it could be a futile attempt but still felt like doing it.

Got a feeling that article is incomplete.

This distinction is inconvenient when it comes to propaganda aimed at polarising the Indian society. Good article but seems to end abruptly.

Both Islam and Christianity are proselytising religions and both these invaders tried to convert Hindus to their religion. Islam did this mostly by coercion and demolition of Hindu religion symbols, while Christianity did so partly by coercion, partly by cultural subjugation but mostly by enticement.
We should be proud that Hinduism has survived in India despite such sustained efforts over these long periods of time