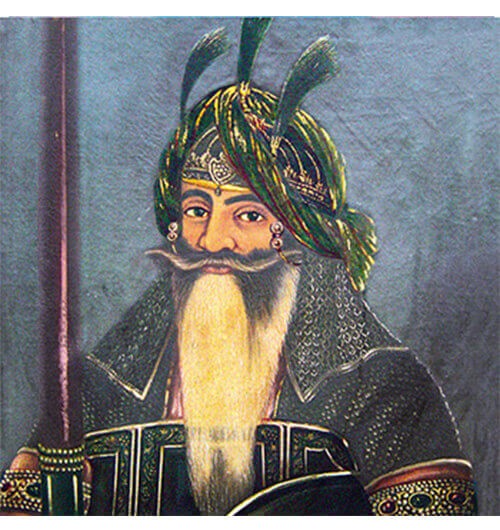 Generations of Pakistanis recall how, even to this day, in the troubled north western tribal belt bordering Afghanistan, mothers often put young children to sleep with the Pashto words “Chup sha, Hari Singh raghlay”. (stay quiet, Hari Singh is coming)
Born in 1791 in the city of Gujranwala (now in Pakistan) Hari Singh arrived at the court of Maharaja Ranjit Singh of Lahore as a young boy of 14. He quickly rose through the ranks to become the commander-in-chief of the armies of the Sikh empire by distinguishing himself in a series of battles, quickly fought, and decisively won.
Hari Singh Nalwa was the general of the Sikh empire of Ranjit Singh who, to a large extent, was responsible for shaping the political boundaries of modern North West Asia as we know them today. 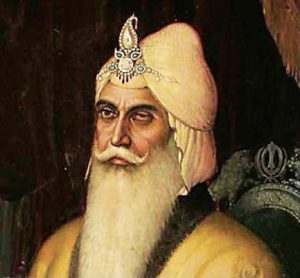 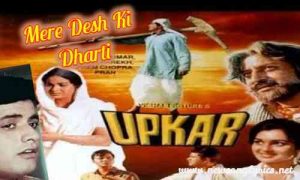 Rang Hara Singh Nalwey Sa,
Rang Lal hai Lal Bahadur Se,
Rang Bana Basanti Bhagat Singh,
(The color green comes from Hari Singh
Red comes from Lal Bahadur,
The Saffron from Bhagat Singh)
Despite this, the name of Hari Singh Nalwa is not known to most Indians, and the ode to him written in 1967 remains the only depiction of this great general.

Salute to this Great Warrior !!

That is really very informative. We remain ignorant about so much of our own history and that is so sad. Thank you for this article. Please keep them coming.