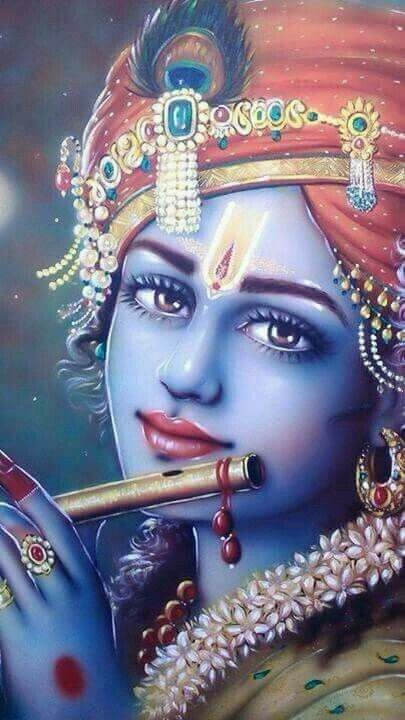 The mere mention of KRISHNA tends to evoke a magical and mystic spell. Did Krishna really happen or is it only a fictional character? If he really happened then is it possible that a single individual can have so many qualities? And if he didn’t happen then why he has been subject of such reverence by devotees across the globe for more than 3000 years? How is that there are so many followers of Krishna in Christians and Muslims?

Muhammad Iqbal, popularly known as Allama Iqbal, the spiritual founder of Pakistan, in his preface to his monumental work Asrar-i-Khudi, (Secrets of the Self), has expressed eloquently his admiration for Krishna:

“The heart and mind of the Hindu community has been nourished by the penetrating discussion that its learned thinkers have concluded that the struggle of life which makes a man go through trials and tribulations, is directly linked with action; or, in other words, his existing human self is the result of his past deeds. And so long as this law of action operates, the result will be the same. In the intellectual history of mankind, the name of Krishna will always be taken with great regard and reverence because he was the magnificent man who attacked the philosophical renditions of his country and his people and placed before them the truth that renunciation does not mean total inaction. Action is the demand of nature, which reinforces existence; renunciation means non-attachment or indifference to the results of the action.”

Is Krishna a source of inspiration only because he is the most famous hero of the Puranas and the epic Mahabharat? Why has he mesmerized the Indian psyche for the last thousands of years. Is it because Krishna was known for his infinite charm, smile and beauty?

Actually speaking, Krishna has been dominating our imagination. We have heard stories of his adventures in our childhood with breathless amazement. Most of us have read about him, sung his songs, admired him, worshipped him in hundreds of temples. His message has been the strength of many of our lives. We believe him to be a complete incarnation of Lord Vishnu.

However this fascinating personality has been overlaid with legends, myths, miracles and adorations for about 3000 years. He was wise and valorous, loving and loved, far-seeing and yet living for the moment, gifted with sage like detachment and yet intensely human, the diplomat, the sage and the man of action with a personality as luminous as that of a divinity. Every aspect of Krishna and his deeds are pregnant with deep mystical symbolism, indicating highest truth. His many names come both from his beautiful physical form, as “KRISHNA’ which means the all-attractive one, as well as from his famed life and actions.

I have always been fascinated by this persona. But then what does one do in order to understand him? And what does it mean by saying that I want to understand him? There are thousands and thousands of books written on the life and philosophy of Krishna or Gita. Hence will it suffice the purpose by reading few books, create notes and present it across. The main question is whether I just want to remain a describer and offer the reader loads of information? What’s the big idea in just collating some data? What would be my contribution then? ZERO..

As the famous poet T.S. Eliot said once:

Most of the Indian epics are without sense of conclusion and they leave you with enormous questions. Hence whenever I hear or read epic stories, I always desire to go deeper; touch its wisdom and try to understand to the best of my abilities. I firmly believe that we all must strive to find our own perspective; find our own answers. They all will be different as we are different. We generally tend to commit mistake of judging epics of Ramayan or Mahabharat and stories of Ram and Krishna using today’s norms and hence we draw erroneous conclusions.
Hence I felt that if I could take some key aspects of Krishna’s life and have an analytical approach to understand how Krishna behaved and why did he behave that way? There had to be some causality of his actions as I strongly believed that Krishna never acted or behaved randomly. Secondly did Krishna really acted the way he preached? Was it always connected with principals?
There have been so many learned scholars & philosophers who have tried to do the same. But then do I have the divinity or any accomplishment to even touch such profoundly deep subject?
However I felt that a water body, however vast it is, doesn’t insist that someone can drink from it only if someone is able to consume its entire water. Drink whatever you can, leaving the rest untouched, is the normal custom. Similarly, from the immensely deep ocean of Krishna’s philosophical sagacity, I would only take enough to quench my thirst.
Today the world is at the crossroads as materialism has broken down. Until the world wars came, the western world was satisfied with their material advancements and general hoarding, maintained and expanded by bombs and super bombs. There is plenty of wealth but there is no peace. Achievement is there, but not delight in those joys. Wars have come and gone but peace has not come. And hence there is an eternal quest for illusive peace. Can the philosophy of Krishna offer some clues in this direction? This is because I firmly believe that Krishna is not merely a historical figure; He is the perpetual truth. He does not belong to the past. He is ever-present immediate moment.
I am aware that present generation is not satisfied with mere theories. They need a rationale behind the incident or event or theory. Fortunately the Hindu religion allows such questioning of scriptures. It would be my perspective to understand the causality of Krishna’s actions. And I will offer it with a spirit of total dedication, complete surrender, supreme selflessness.

Now the real question is whether my readers be interested in knowing my perspective? Please do let me know so that I can decide whether to embark on such journey or not?

Who was Krishna? A lover, a politician, a strategist, a warrior, a philosopher? So many facets, which makes one doubt whether he was a single person or many people together!

You should go ahead. I recollect that one of our editor for Loksatta Mr Suresh Dwadeshiwar did some research work on this. He is based out of Nagpur. I am sure Vaidehi can help if u need to connect with him