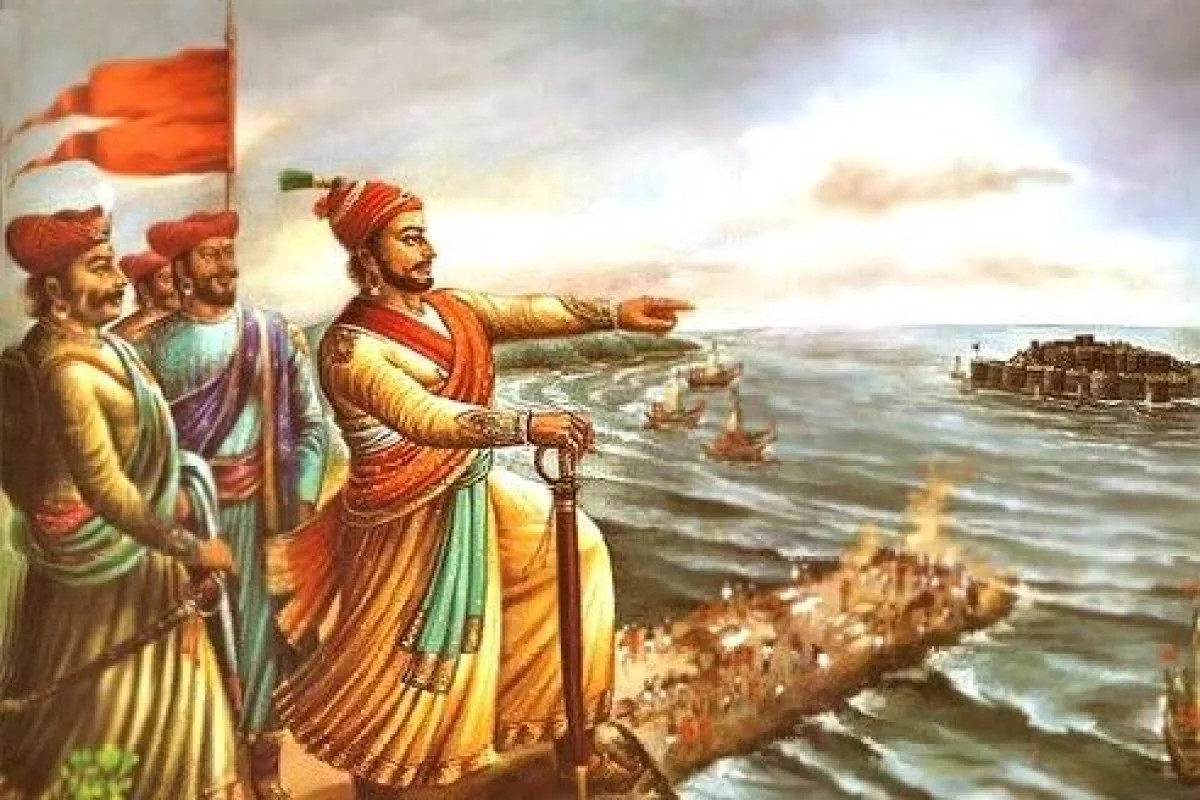 Basrur is a tiny port town in Kundapur taluk of Udupi district in Karnataka. In 1665, during the reign of the Adil Shah, the Portuguese had monopolised the trade of the town.
The Nayakas of Keladi in Basrur decided to write to Shivaji Maharaj to liberate their trade and markets from the clutches of the foreigners. Maharaj’s reign at that time was till Ponda. From there upto Basrur, the whole region was in the grip of either the British or Adil Shah. He knew that if Gangoli, Honnavar & Basrur were to fall into trouble, the trade would be further marginalised. Hence when the rulers of Bednur, the Keladi Nayakas, approached him for help, he didn’t waste time.
Shivaji Maharaj left from Sindhudurg on 8th February landed in Basrur on 13th February, and on 14th February left the town by road, taking control of Gangoli, Honnavar and Bhatkal and then headed to Gokarna to visit the Shiva temple from where he wrote a letter to the rulers of Bednur saying, the port town has now been taken back from the hands of the Portuguese and asked them to send their army and take control of the town.” After the letter, Somashekhar, the son of Bhadrappa Nayak, who took the reins of the region. He even paid Shivaji Maharaj a large sum of money as a token of appreciation, or maybe it was a war fee, for freeing them from the clutches of the Portuguese traders.
Basrur stands as one of the most prized port towns that was wrested from the trade fiefdom of the Portuguese by Shivaji Maharaj at the request of the Keladi Nayakas, and turned into a landmark of his first naval conquest ever. This expedition to port town of Basrur in Karnataka is now celebrated as ‘Basrur Swatantrya Dina Mahotsava (Basrur independence day celebration) every 13th February.
There were two objectives that were achieved with this conquest. First, to defeat the foreign traders with the help of the local rulers and free the market from their grip. Two, Maharaj also took revenge on the Portuguese for keeping his advocate captive.
As usual, the British tried to popularise the tale as a expedition of loot. However a Kannada work titled “Hesaraada Pattana Basruru – Ondu Adhyayana” (Famous Town of Basruru – a Study) describes that the intent and purpose of the conquest was to diminish the forces of the Portuguese and the Dutch, and that it proved the power of his navy. The impact of Shivaji Maharaj’s Basrur naval expedition is documented in the book as one that broke the monopoly of the foreign traders and forced them to have better relations with the Keladi rulers.

“To help a fellow Hindu ruler gain hold over his Hindu kingdom and to check the hold of the foreign traders was important for the larger vision of a Hindu Rashtra that Shivaji Maharaj saw. In this direction, he did what he could to help them preserve their sovereignty and strengthen their kingdoms.”

Sadly, most of us have not even heard this part of history which recounts heroics of Chhatrapati Shivaji Maharaj.
@ Yeshwant Marathe
yeshwant.marathe@gmail.com

Very true. It is the Britishers,Dutch and the French-who looted India – and of course Moghuls. Unfortunately the history was distorted and twisted in such a way in our text books that we either felt ashamed of our customs or never felt proud of our rich culture.

Really informative. I didn’t know this. Shivaji Maharaj was a Divinely ordained Ruler!