Ark / History / Other Side of the Coin 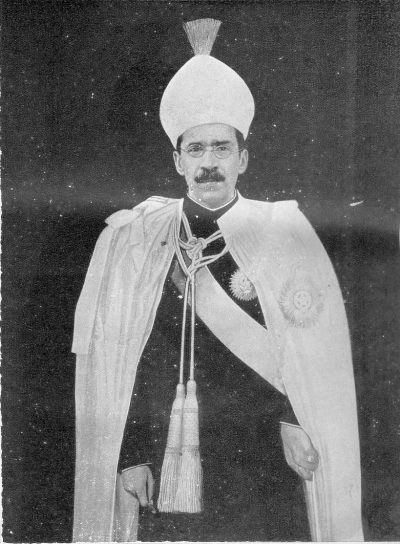 Recently, a portrait of Nizam has been installed on pillars of the Hyderabad Metro rail. Telangana CM has praised Nizam multiple times in his speeches. He even credited Nizam for “Telangana Development”. He was praised as the ‘Architect of Modern Hyderabad’.

The problem with such one-sided glorification is that it completely tends to overlook the other side of the coin. In this case, it hides that Nizam’s rule was the darkest chapter in the history of Deccan. Nizam’s dark history includes the genocide of his Hindu subjects.

Now let us look at Nizam Osman Ali Khan himself & do close scrutiny.

Nizam was a Jihadi whose avowed intention was the destruction of Hindus. In his own poem, he writes

“I am the protector of Islam and a butcher/executioner of Kaffirs (Non-Muslims)”.

Nizam kept around 360 women as his concubines. Most of these women were Kafirs (Non-Muslims) abducted in raids. His slave network was so vast that he even purchased 10-12-year-old Non-Muslim girls from Nuristan (Afghanistan) as sex slaves.

In Nizam’s Hyderabad, Muslims were 13% of the population. But they enjoyed 77% of Gazetted government jobs; 88% of higher-level government officers but gave a sparse representation to 82% of Hindus. Yet, 97% of state revenue came from Hindus as they were overtaxed.

Nizam was an admirer of Hitler. He believed Hindus deserved to be treated like Jews in Nazi Germany. However, there was a problem; Hindus were not a minority like Jews in Germany. Hence Nizam sought to reduce the Hindu population by persecution, importing foreign Muslims & encouraging conversions.

To reduce the Hindu majority, Nizam imported 8 lakh foreign Muslims. These include Arabs & Afghans. They were given all benefits of the state. Like other Muslims, these foreign imports were given the right to keep weapons. However, Hindus were demilitarised and not allowed to keep weapons.

These foreign Muslims like Arabs formed a big chunk of Nizam’s army. Even his commander in Chief, Sayyid El Edross was an Arab. Most of these Arabs stayed back. Lakhs of Yemeni Arabs found today in Barkas (Hyderabad) are descendants of Nizam’s armies.

In his service was a man named Siddique who founded the Dindar movement. The Dindars were a band of robbers whose profession was loot and conversions.

Siddique called himself an avatar of Basaveshwara and was funded by Nizam. Siddique claimed that Nizam is praised in the Vedas and Quran. He even said that Nizam was none other than Dharmaraja. He even made a prediction that Nizam would one day capture Delhi & raise the Islamic flag on the red fort.

Siddique converted thousands of Hindus with the help of Nizam. Siddique predicted that all Hindus would convert to Islam & all Hindu idols would be destroyed. He predicted that Gandhi & Nehru would also convert. He warned of an upcoming genocide & exhorted Hindus to convert to escape genocide.

Conversions were carried out in Government offices. Nizam also introduced a conversion offer for criminals: convert and you will be released from jail. In this manner, thousands of criminals and prisoners converted to escape impending jail sentences. They were released from jail with a ready profession: they joined the Razakars.

In this manner, there was a study decline of the Hindu population in Nizam’s kingdom.

Their crime? Refusal to pay Jizya tax.
This happened in Bhairanpally. 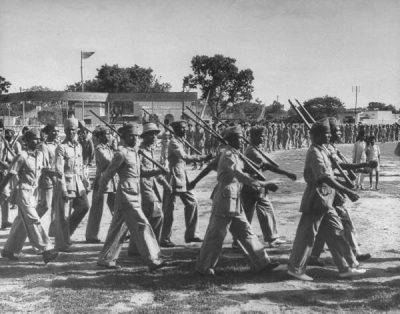 While Jallianwala Bagh is taught in schools, the Bhairanpally massacre is ignored.

This is the tragedy in our country. Real history is never taught to us. In fact, the irony is when someone glorifies Aurangzeb, Tipu Sultan, Nizam or Afzal Khan, we are at a complete loss for words. We just do not know how to counter such blatant lies.

I am speechless. I have heard of excesses but never to such a tune.God save Hindus

Superb portrayal . Hindus must have largest level of protection

Very astonishing information. The secret part hidden from History, so that we Bharat vasi will be ignorant of atrocities committed on us. We will continue to remain subjugated citizens to foreign rulers. What is taught to Hindus is ATHI THI DEVO BHAVO.