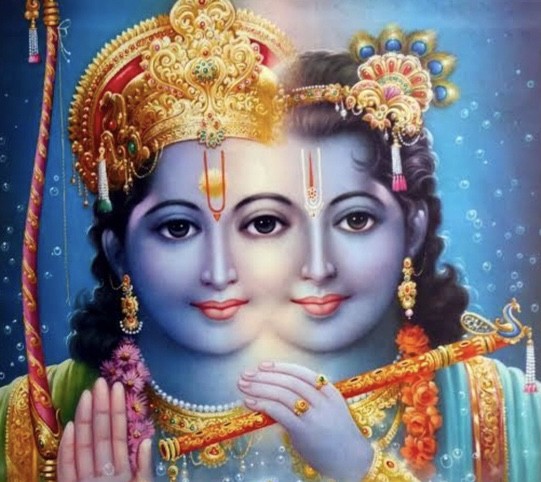 We revere Krishna and Ram as incarnations infused with divine virtues and capable of bringing about massive transformations. Ram has the epithet of Maryada Purushottam (a person who strictly follows righteousness until he perfected it). At the same time, Krishna is considered a Purnavatar (the one who possesses all 16 Kalas or perfect qualities).

The Ramayan appear to indicate that Ram considered himself a normal human being until the slaying of Ravan. Valmiki wanted to portray Ram as someone who attained Godliness through much strife. However, in Mahabharat, Krishna never hid his divinity like Ram but always expressed it unequivocally right from the beginning. Moreover, personal grief, temptation, and surrendering to bodily disorders are absent in the biography of Krishna.

Ramayan is the musical narrative of the biography of an ideal man. Ram was the epitome of the best things in the world, and Sage Valmiki composed this epic to let the world know the life story of this Great Man. Just as Ram is the ideal among men, Sita is the ideal among women. The entire epic Ramayana is a composition full of idealism. We find the ideal brother, the ideal disciple, the model citizens, and even an ideal villain.

It is logically impossible to compare and judge the persona of Ram and Krishna. However, there is a tendency to compare the two as to who was the more remarkable incarnation. We must realize that both existed in different eras, and the social structure was diametrically opposite. There is a sincere expression of affection and respectful love for both of them. But on a subtle level, if they have to be differentiated, then we can say that Ram earned more respect while devotees loved Krishna more.

Since my topic is Krishna, let us now look at the difficulty of many philosophers while describing his life.

Bhagwat beautifully portrays Krishna’s life in Gokul. It is a scripture that enhances devotion to God. It aims to increase the glory of faith towards Krishna. But that is not the case with Harivansh. Harivansh is more ancient than Bhagavata, and in fact, Bhagwat has originated from this Harivansh. Krishna’s childhood stories are included in Harivansh too. However, it also depicts Krishna’s life from a historical perspective. It explains how Krishna was the apple of the eye of the entire Gokul and the way he mingled with the masses. We need a sound, logical mind to comprehend it correctly.

However, this is where many philosophers and scholars face a great dilemma. They cannot comprehend how an insidious Krishna, who openly behaved indecently and scurrilously with gopi in Gokula, who stole curd-butter, created various political problems, be the same Krishna who expounded The Gita? Many of them found a way out by satisfying themselves by analyzing the life of Krishna in some strange manner and inferring that three different Krishna’s could have existed. This one fact can show us the vastness of the life of Krishna, and one needs a deep study to understand the grandeur of his life.

Krishna’s persona has encompassed our psyche because of his various attributes as an exemplary diplomatic, victorious warrior, creator of the righteous kingdom, visionary of sustainable values and philosophy, like these, and many more. Many qualities of Krishna have been expressed, such as fearlessness, self-realization, social status, steadfastness, views focused only on socially relevant deeds, complete renunciation of personal gains, detaching attitude like a droplet on the lotus leaf, etc. Our mind is astounded by reading his biography, which is full of mysteries and complexities.

Krishna’s life is considered a beacon, like a lighthouse, and a guide in the darkness. Hence naturally, the question arises – why? It is because the establishment of religion, eradication of unrighteousness, and protection of sages is the three-pronged form of Krishna’s Incarnation.

Speaking in the context of today’s definition of ethics, the only person in the entire Mahabharata who was untouched by an iota of selfishness was Krishna. He did not want to create or carve out a kingdom for himself from this war. However, with no selfish temptation, the real motivator of the humongous saga of extermination and destruction was undoubtedly Krishna. He justified the ghastly carnage for the dual purposes of protection of Ethical Values and Welfare of the World. He felt it essential to keep aside the human emotions of love, temptation, affection, etc., and exterminate those who barred the way of achieving these Noble Goals.

The gist of the Mahabharat is that Arjun and Krishna, the duo of human and Divine persona, conquered unrighteousness and established righteous religion, thus showing humankind the path of eternal well-being. Since Arjun was the instrument in Krishna’s scheme of establishing Righteous Religion, the history of this establishment of religion is also actually the history of the Mahabharata.

If we go through the entire life of Krishna, one striking fact is that he is always happy and fulfilled. On the other hand, we are continuously fighting to be satisfied. We never realize that if our happiness is dependent on others, we can never be delighted. The one whose happiness is within himself is contented. When a person retracts his senses from desires just like a tortoise retracts its limbs, we can say that his intellect has stabilized. The one whose mind is unattached from all things and who does not feel happy or sad about excellent or bad gains respectively has a balanced intellect in true sense. The greatness of Krishna lies in the fact that he was the epitome of this virtue. 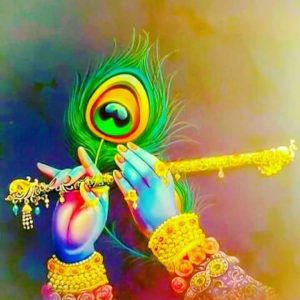 From the following article, I will start dwelling on some key events in the life of Krishna and try to figure out its causality.

The time period of Ram and Krisna are different. The time Ram ruled is satyayug when means were important than the end while in case of Krishna it was Beginning of Kaliyug when governance was based on principle “ End justifies means”
Since we are still in kaliyug, Krisna is our role model due to his practical approach while Ram is still considered the one who is an idealist and who always observes and maintains high moral standard