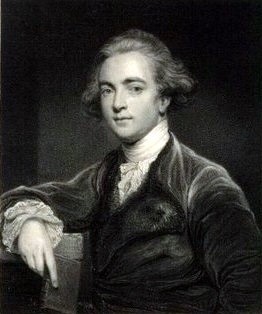 Sir William Jones, (Sept. 28, 1746, April 27, 1794), British Orientalist and jurist who did tremendous work to encourage interest of Oriental studies in the West.

Of Welsh parentage, he studied at Harrow and University College, Oxford (1764–68), and learned Latin, Greek, Hebrew, Arabic, and Persian. By the end of his life, he had learned 28 languages, including Chinese, often by teaching himself.

In 1783 he was knighted and sailed for Calcutta as judge of the supreme court. In 1784 he founded the Asiatic Society of Bengal to encourage Oriental studies.

He himself took up Sanskrit, to equip himself for the preparation of a vast digest of Hindu and Muslim law. Of this uncompleted venture, his Mohammedan Law of Inheritance was published in 1792 Institutes of Hindu Law in 1794.

Jones’s efforts not only substantially added to the store of human knowledge; his work also generated a renewed interest among the Indian people about their own rich national and literary heritage. In 1789 he completed his translation of Sakuntala, a famous drama, and the Hitopadesa, a collection of fables. In 1792 he translated the Ritusamhara from the original Sanskrit.

While studying Sanskrit, Jones developed the idea of a common source for languages, which proved to be his greatest achievement of all, and the one for which he is best known today. In The Sanskrit Language, published in 1786, Jones wrote of how he observed that Sanskrit had a strong resemblance to Greek and Latin, which led him to suggest that the three languages not only had a common root but they were related to the Gothic, Celtic, and Persian languages. The impact of the work was enormous, as it brought about the separation of religion from language and eschewed mythology for a more scientific approach to linguistics. In his 1786 presidential discourse to the Asiatic Society, he postulated the common ancestry of Sanskrit, Latin, and Greek, his findings providing the impetus for the development of comparative linguistics in the early 19th century.

His discovery was regarded as just as important, in its own way, as the scientific discoveries made by men like Galileo, Copernicus and Charles Darwin.

This in a way showed to the western world why we consider Sanskrit as mother of all languages.

Yes, Sanskrit is a mother of all languages.
It’s very true.. And it’s proved by authentic ancient literature.
Thanks a lot.