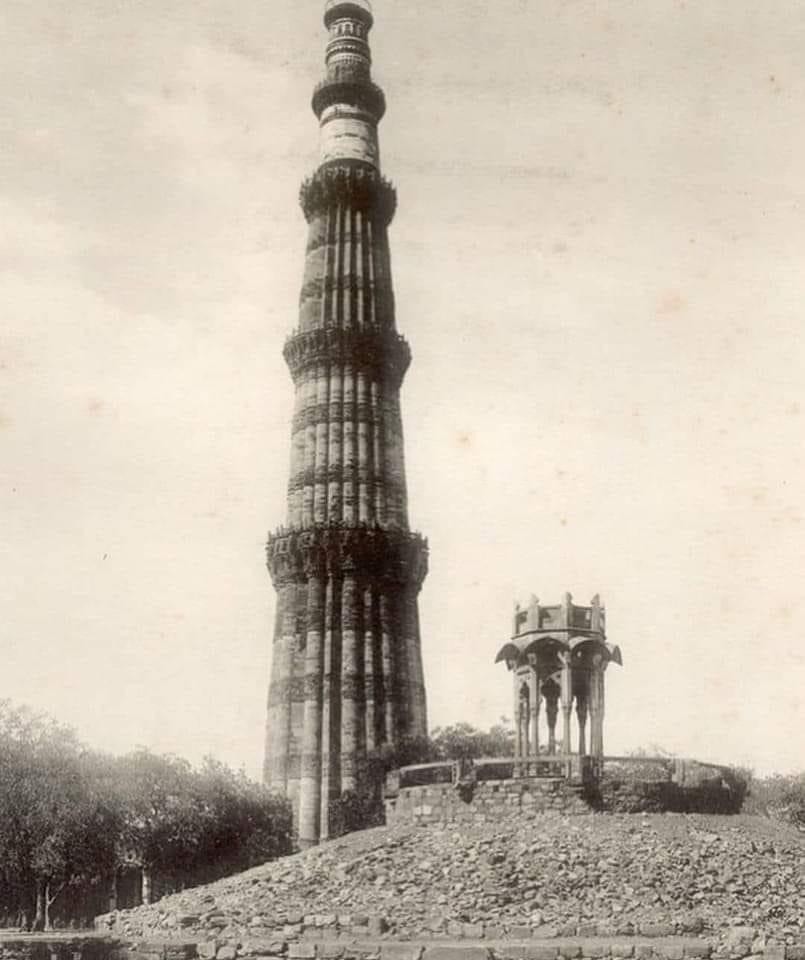 Qutub Minar, the famous victory tower begun by Qutubuddin Aibak and completed by Iltutmish in sandstone with marble additions by Firuz Shah Tughlaq and repairs by Sikandar Lodhi, could boast of interventions by the royalty of 3 different lineages – The Slaves, The Tughlaqs and The Lodis.

It is said that lightning never strikes a place twice, but a tall structure like the Qutub Minar has always been an exception. Several records of the tower being struck by lightning and other natural calamities have taken their toll on the world’s highest stone tower. But the string of disaster has left the Minar unscathed except for a slight tilt, some two feet of the perpendicular.
The first recorded lightning strike on the Qutub Minar happened in 1368 when a lightning strike severely damaged the top storey of the Qutub Minar. Sultan Firoz Shah Tughluq replaced the fallen storey with two floors and crowned it with a cupola. The restoration also introduced white marble into the otherwise red and buff sandstone.
Sikandar Lodi also performed some repairs on the Qutub Minar in 1503, but the nature and extent of damage were not recorded.
The subsequent significant damage happed during the earthquake of 1803. Although much lesser in magnitude than the 1368 lightning, the damage was substantial enough to destroy Firoz Shah’s cupola permanently.
Faced with an incomplete Minar, the then British Governor-General of India, Lord Wellesly, authorised Major Robert Smith, the hitherto respected builder of the St.James’ Church, Delhi, to carry out the necessary repairs. These works were completed in 1828 at the not-insignificant sum of Rs. 17,000 of the time. However, he decided that he wanted the cherry on the multi-layered cake. So, Major Smith had exceeded his brief by re-inventing what he had been asked to re-create. He had replaced an Indo-Islamic cupola with a Bengali-style chatthri. The glorious tower of Islamic dominance had been capped with a Hindu cupola!
The prospect was so ridiculous and the cupola so out of place that Lord Hardinge eventually had it taken down in 1848 and placed it on the outer lawns of the Qutub Complex, where it still lies, like an impure, adulterated crown that has fallen off the Minar’s head. Harding had decided that a no crown was still better than a joke of the crown. 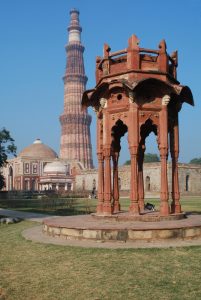 Smith s “legacy” still stands near the head it was meant to glorify. It has been called Smith’s Folly ever since.

On a lighter note, let us hope that some descendants of Smith may rise and appeal to restore it to its former “glory” and correct the “historic wrong”.